The Trend of Buying a House is Booming Rapidly

The trend of buying a house is booming rapidly. It’s safe to say that the number of people who are looking for properties in the market has increased by about 1,000% since the 1980s. In 2014, there were around 22 million homes sold in America and approximately 10-20 thousand new homes coming onto the market each month from developers. You can see more at https://www.greihousebuyers.com/we-buy-houses-oregon/.

There are many factors that have led to this boom in popularity of houses: a drop in interest rates, lower mortgage rates and government incentives.

A lot of people are looking to buy a house because there are more incentives than ever. Fannie Mae, the nation’s biggest mortgage lender, has been cutting interest rates on loans insured by the Federal Housing Administration (FHA). This is a good thing for first time homebuyers and those with lower credit scores who have a difficult time getting approved through banks. 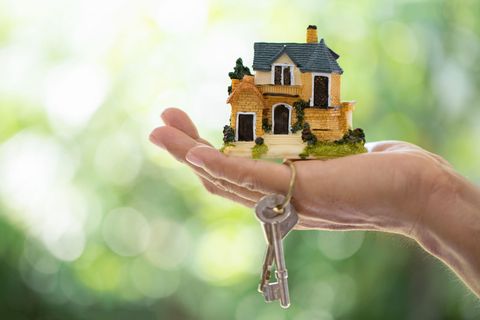 The interest rates are still low but how long will they stay that way? The Federal Reserve has a mandate to keep the interest rate at 1% for the next two years, which is probably why the developers are releasing new houses every month and giving discounts on their prices to entice buyers. Developers are not only trying to sell homes but also to maintain their construction business, which generates money from new developments or renovations of old ones and provides jobs for workers. When housing prices go up, this makes developers money.

Some banks have lowered their mortgage rates all the way down as low as 3%, making homeownership more affordable than ever before. But is it really affordable? The purchase of a home can be considered affordable when a household only spends about 30% or less of their annual income on housing costs. In 2014, the median U.S. household income was $53,657 which would allow for a monthly mortgage payment of about $1,325 for an $180,000 mortgage with 20% down payment.

How to avoid common mistakes when selling your home

How to negotiate with house buyers?